It's Holy Week again! Better known in Spain as Semana Santa, when towns and cities all over the country host processions almost every day (sometimes more than one in a day) between Palm Sunday and Easter Sunday. Last year I wrote quite a few posts about the processions in Alicante, but I couldn't find time to finish up the posts I had planned... so here we go again, better late than never! :o)
There are often several processions held on the same day during Semana Santa, each telling a part of the story of the passion of Christ. The most moving procession held on Holy Thursday is called the Procesión del Silencio (the "Silent Procession") and basically it commemorates Christ's crucifixion and death on the cross. It's a reminder of the sadness felt by the faithful at the death of Christ, and in a way could be considered a funeral procession. Only two pasos participate: the image of Christ crucified and the Virgin Mary in mourning (often called la Virgen de los Dolores or "Our Lady of Sorrows"). They are accompanied by a silent population, walking to the beat of a lonely drum, with only candles to light the darkness.

My first year back in Spain, I went with my parents on Holy Thursday to see the Procesión del Silencio in Callosa de Segura (much more info here if you can read Spanish), a small town in the southern part of the Province of Alicante. Not exactly next door, plus it meant driving home really late. So why go all the way down there for a procession? Trip down memory lane! My mom actually participated in the Holy Wednesday procession as a child one year when her family was living in Callosa in the mid-1950s (they moved around a lot), and she wanted to revisit the town during Holy Week!

We had a lovely walk around town and dinner, with my mom pointing out places she remembered, and then we headed over to the 16th century Iglesia de San Martín from whence the procession was scheduled to start. 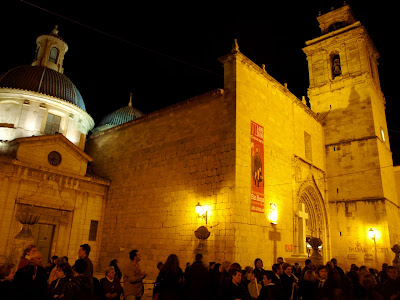 As you can see, the Virgin was all set on her trono, ready for things to begin. 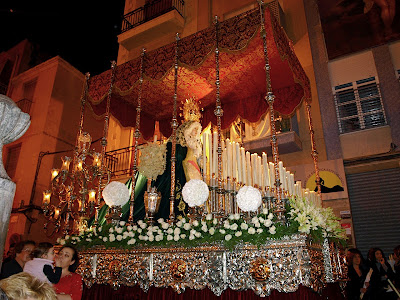 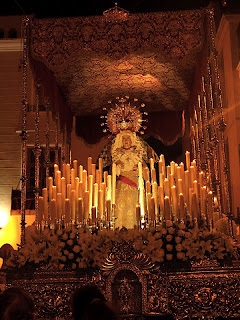 Then, just after 10 p.m., all the lights in the surrounding streets went out! The people participating in the procession started lighting their candles... and then it began, to the beat of a few drums. 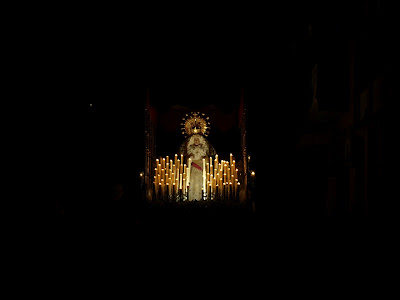 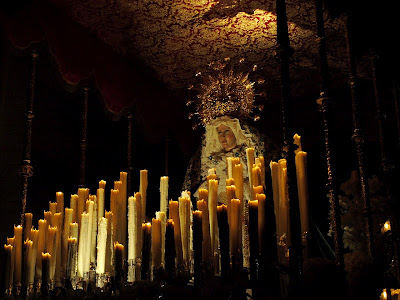 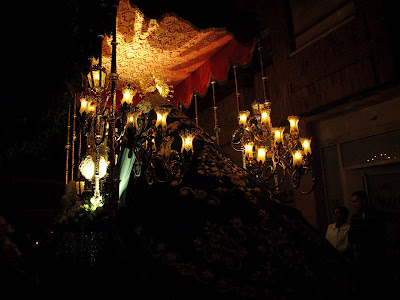 At 11 p.m. it was time for the second part: the figure of Christ on the Cross who was brought out from the Church: 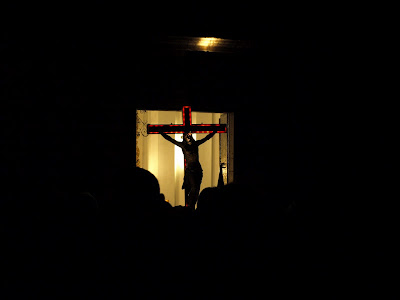 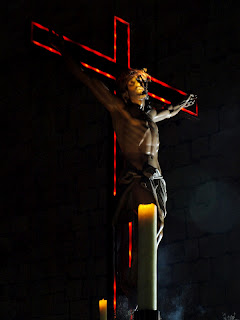 I took quite a few photos (as usual!) with my DSLR, and my mom recorded a few video clips with her camera (sadly the quality isn't great at night), and I've woven them together in a little video for you. I'm pretty excited about it because I just figured out how to use the sound from some of the video clips to cover the still photos (so we get the beat of the drums instead of silence). :o)

I hope the video helped to give you a good impression of what it's like... The first time I saw the Procesión del Silencio, in Cieza (a friend's town) in 1996, it gave me goosebumps! The complete silence of both the people walking and those watching. That single beating drum. The candles shining in the otherwise pitch darkness... *brrrr*

As you can tell in the video (can you?), we came across the procession again in a different part of town as we were heading back to our car. 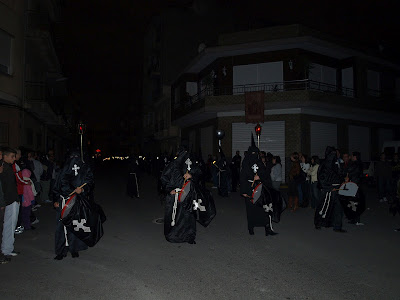 The costaleros resting for a moment: 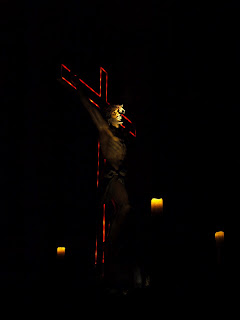 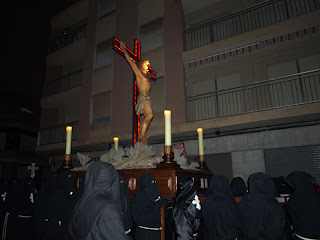 And then they're off again... 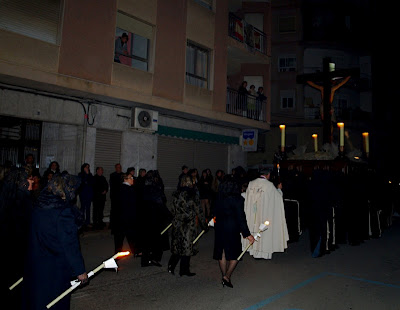