Soooo... how long has it been? And I don't mean since my post reminding you about World Ocean's Day... Nope! I haven't written anything about travelling since FEBRUARY!!! *shock*

Not only have I abandoned on a Greek island (although you're probably not complaining about that, there are worse places to be abandoned...), I never got started on the New Year's Eve trip to Granada!

And since then there have been a few more trips! *gulp*

In February I had a weekend escapade to Santander (north of Spain) for a friend's wedding. It was wonderful getting the whole crazy "Belgian" gang back together and resulted in an even crazier night of wedding celebrations involving probably too much alcohol...  Fortunately I got my sightseeing done the day before the wedding! I wandered around Santander's coast on a gorgeous sunny winter's day (which had my arm hurting after 4h of walking around with my coat hanging on my arm!)...

Then in April another wedding provided me with the perfect excuse for a weekend getaway. This time to England! But the wedding wasn't my real motive for the trip, it was getting the chance to meet almost-relatives that I either hadn't seen in several years or never met! ("almost" because one is my Aunt's -as in my Uncle's wife- sister and the other is my "cousin's cousin" a.k.a. her daughter, so no genetic relation, but we feel as if we were cousins for real!)  They were in England (near Bath) for a close friend's wedding and invited me to join them for the weekend in the windmill cottage they were renting (awesome!)

I was also able to attend the wedding which was held in part in a fabulous old manor house - Montacute House, host to some scenes from the movie Sense and Sensibility - and church and involved getting really dressed up and had all the ladies wearing hats or fascinators... FUN!!!

Extra bonus: a quick visit to the ruins Glastonbury Abbey! Possible legendary site of Avalon where the monks "mysteriously" discovered King Arthur's and Guenevere's graves in the Middle Ages! I was sooo excited! :D 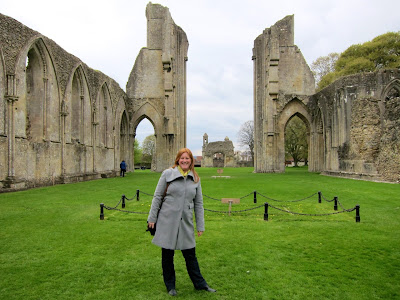 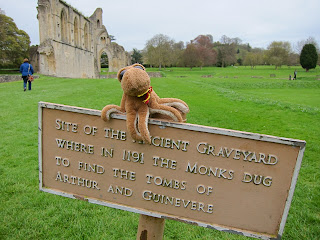 And then since I had several hours of free time before my flight out of Bristol, I got to wander around the city a bit admiring several of its gorgeous churches and parks! I need to go back for a decent visit, thought it was a lovely and lively city! 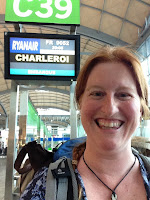 Finally, in the end of June I had a quick escapade to Nancy (north-east France, flew in to Belgium then caught a bus south) for a friend's surprise 40th birthday party. 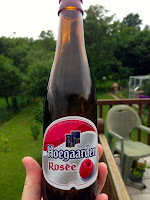 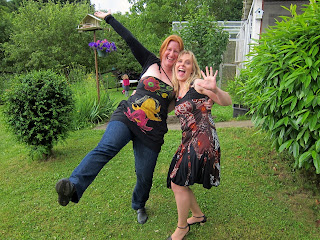 Lots of fun to be had, and even got to enjoy one of the only 3 beers I drink! :p

Nothing since then, and nothing on the horizon... so hopefully I'll be able to find the time to catch up on some of these posts! :p

In the meantime, I can heartily recommend some exotic reading if you'd like! My sister is currently travelling around south-east Asia for 3 months as she moves from New Zealand to New Mexico, and although she's an infrequent blogger (is too busy living it all to write about it most of the time), her posts are well worth it if you'd like to hear some fun tales and see some absolutely stunning photography of that breathtakingly beautiful part of the world! Includes lots of reptiles *shudder*, ruined temples, nature, crafts and scuba diving (to come)! Check her out at Pouncing in Puddles!
Posted by CrazyCris at 9:53 PM