Nice thing about visiting a sister who's boyfriend's parents loaned her their car for the weekend? Getting to visit something outside of London! ;o) (that and getting picked up at the airport, lol!)

After considering a few options for our Sunday escapade (factoring in the probable lateness of breakfast after drinks etc. in London the night before), we finally settled on Colchester (about an hour away) basically because it had a castle (I'm a sucker for those) and this one was a Norman Keep which is something I've never seen! :o) (that and the entrance fees were cheap compared to some others we considered). Unfortunately Colchester's website isn't that informative, I just thought the only other thing there would be the Natural History Museum (we didn't get in, apparently places close early on Sundays) and the Zoo (my sister went 2 years ago). So I was pleasantly surprised when driving into to town and seeing bits and pieces of a magnificent stone wall and an arch (Romans?! YAY!!!). No stopping since we were running a bit late so went straight to the Keep: 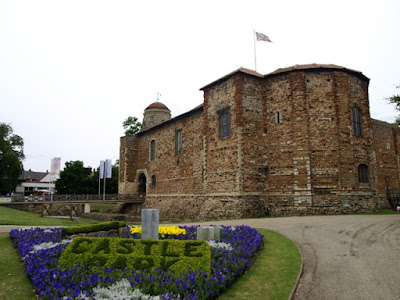 Massive stone walls! Definitely looked like it was built for surviving a war! 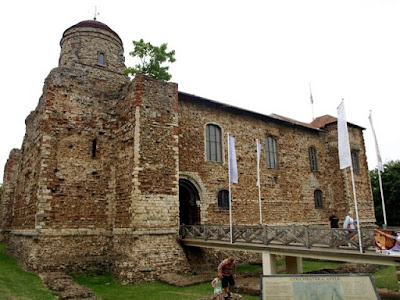 Apparently Colchester Castle is the largest castle keep built by the Normans in England (brief history reminder: the Normans -French from Normandy- invaded England in the 11th century when William the Conqueror laid claim to the English throne stating that it had been promised to him by Edward the Confessor who died childless. Victory over the English army -Saxons- at the Battle of Hastings. Permanent French presence in England until a fusion of the two peoples and cultures a couple of centuries later). The keep was built between 1076 and 1125 with extensive re-use of brick and tiles from the ruined Roman town and built on the foundations of the great Roman Temple of Claudius. Apparently it was a full story higher than what's left now as the upper part was demolished in the 1690s.

The Keep is now the town's history museum which is what you can visit with your basic entrance fee. But a mere 2 extra pounds gets you into an hour-long, highly entertaining and informative guided tour! Care to join me as I revisit the tour and the Museum while browsing through some of my pictures?

Our guided started by leading us down 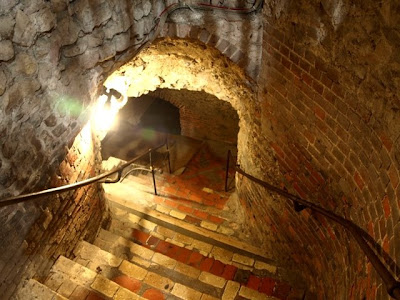 into the foundations of the original Roman temple (which had originally been filled up with sand for structural support, was emptied out in the 18th-19th centuries). 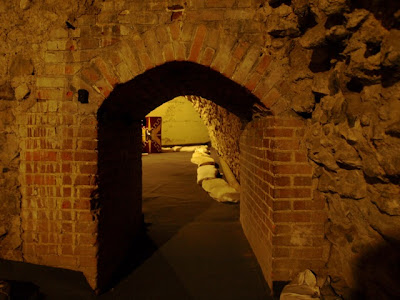 We wandered in and out and she gave us a general history lesson of the region (see below with museum pictures) and talked about the construction (and destruction) of the original Roman Temple and then the keep. In some of the walls you can see where the stones change from the foundations of the Roman Temple to those added on for the Norman Keep. And by the way... the Romans had better workmanship! ;o)

As we headed back up (I love spiralling castle staircases, don't you?) 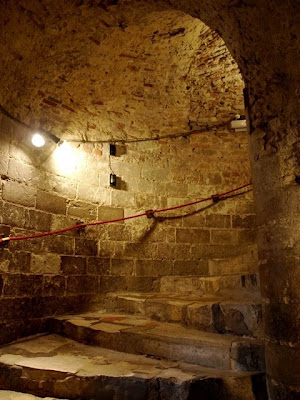 she stopped to point out some Medieval graffiti: 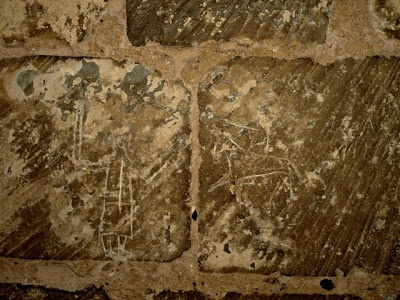 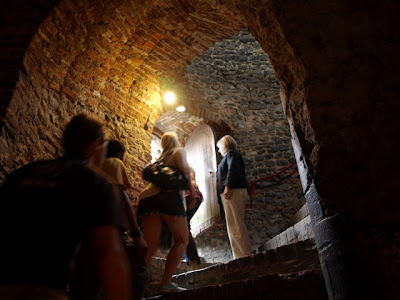 I was amazed to find a tree had been planted there! 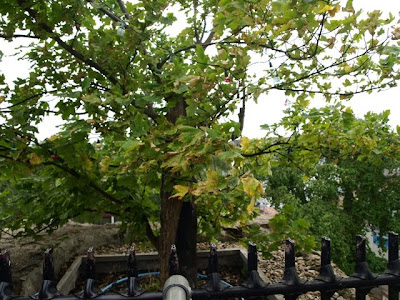 Walking through a narrow corridor 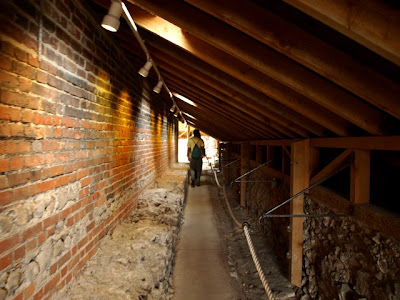 into what remains of the original Chapel (the floor is original, the wooden beams, windows etc put in place to give an idea of what the chapel would have been like) 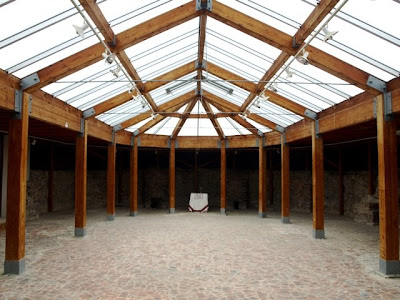 Check the view from the top! Looking out over Colchester: 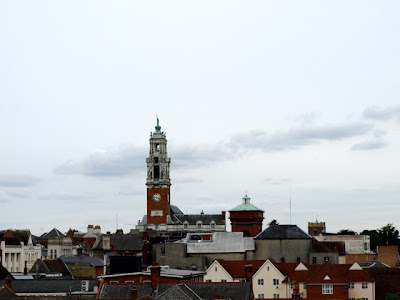 As we headed back down the tight spiral 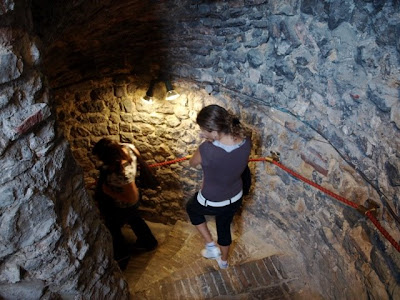 we'd come across a few of the original windows (no way an arrow's going to be coming through that narrow slit!): 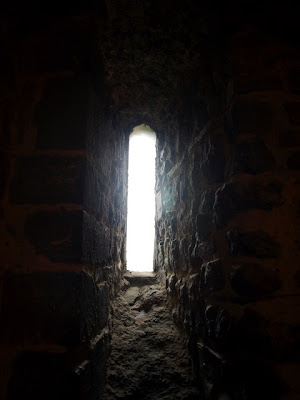 Anyone need to use the privy? 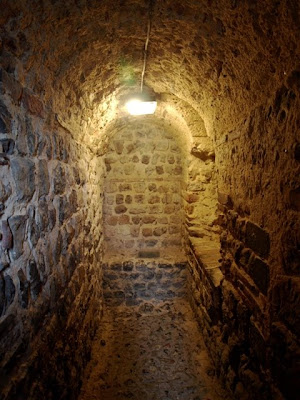 After that we were left on our own to visit the Museum which has been set up inside the man hall of the Keep. It was a highly interactive experience, with lots of "toys" to play with and plenty of maquettes and illustrations of the various periods of history we had been told about while in the foundations. 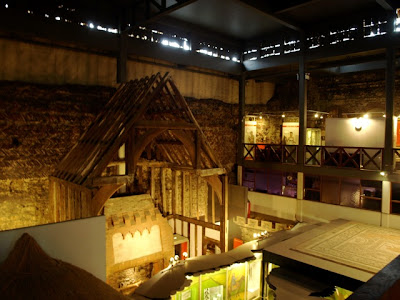 Some fun facts and stories I learnt from the guide and while goofing around in the Museum: 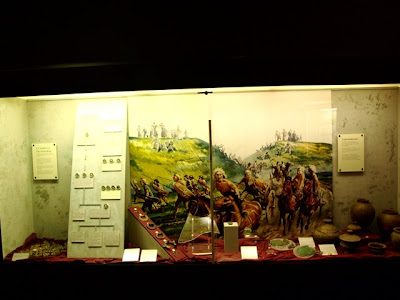 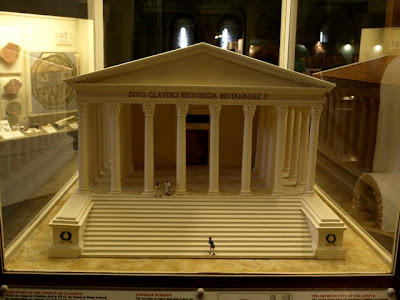 Mosaic found in the ruins of a neighbouring house: 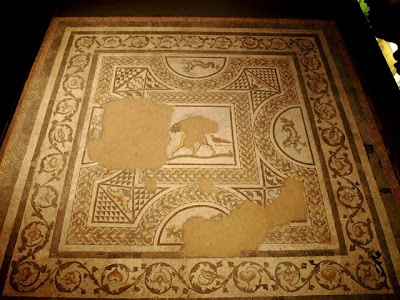 As I mentioned before, the museum is highly interactive, all my sister is missing is a pilum or glaive to be the perfect Roman Legionnaire! 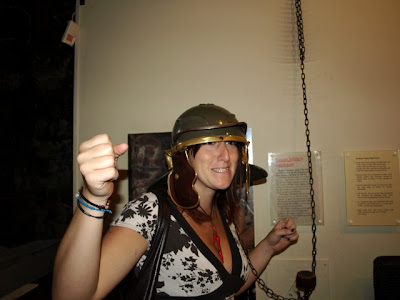 That is unless her boyfriend 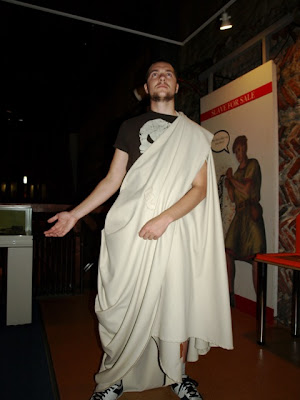 decides to sell her as a slave... 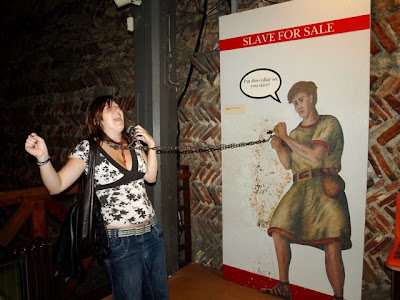 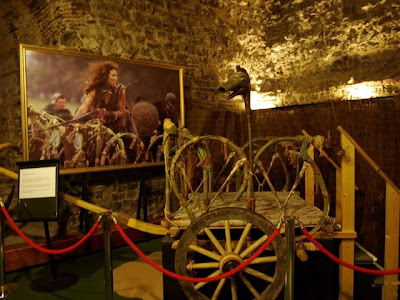 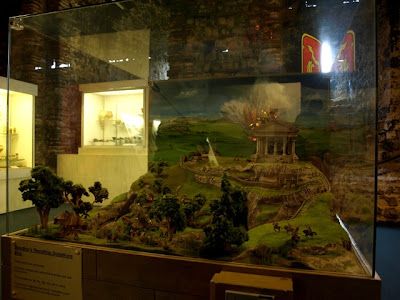 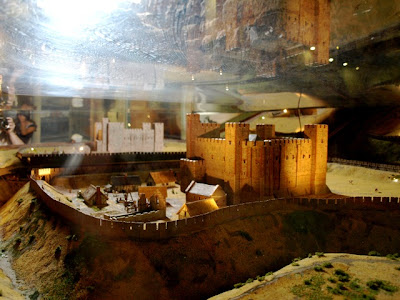 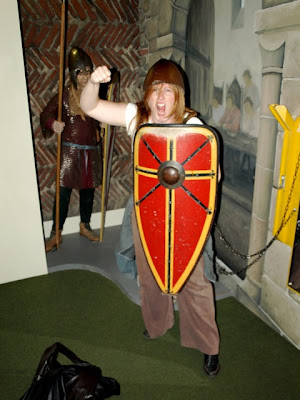 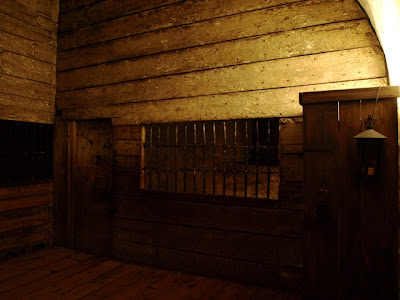 We decided to walk around the park for a bit and following our ears (we heard music) led us to this: 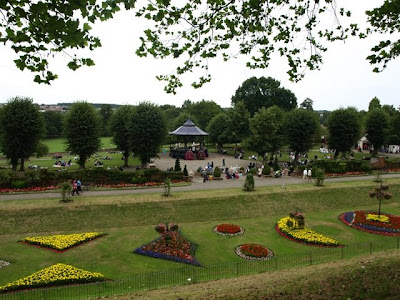 a very large and lovely park!

As we walked down and around we came across the Roman Wall: 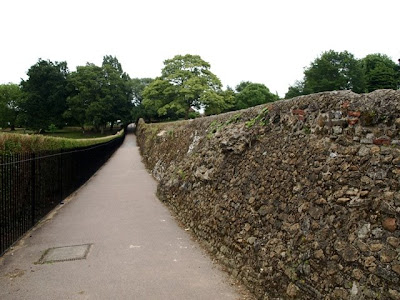 Time to head home. Here's a glimpse of the Castle from the other side, you can clearly make out the location of the Chapel in the left-hand corner there! 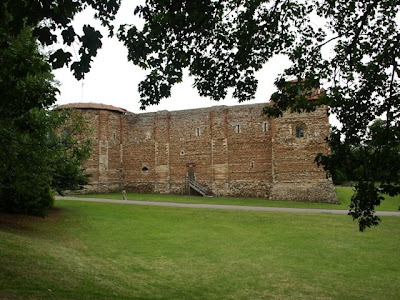 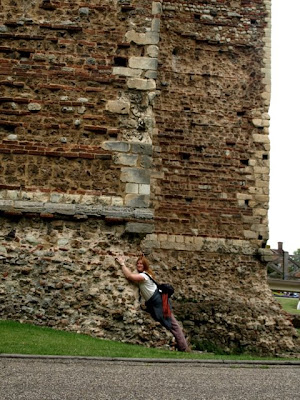 Posted by CrazyCris at 9:35 AM