I had planned on finishing the Christmas market series with Aachen... but then I felt bad for these two orphaned markets! I can't write an individual post about each because I have very few photos of them, don't remember the one in Köln (or Cologne) very well, and well, the Maastricht one isn't really worth writing home about! But then I figured I might as well wrap things up, and if I ever get back to Köln someday in a month of December then I'll just write another more complete post. ;o)

I think I only visited the market surrounding Köln's  impressive Cathedral, which has been set up there since 1995 (more data here)

The Christmas Market at the Cathedral boasts having the largest Christmas Tree in Rhineland. 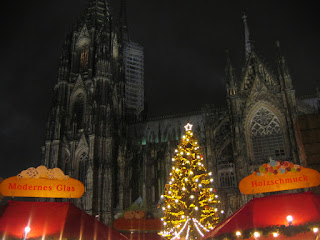 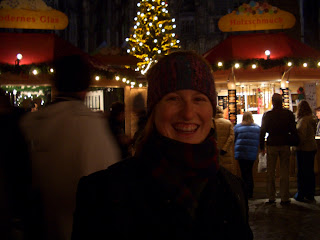 I don't remember much, except it being very cold, so the glühwein was particularly appreciated that year! And there were some beautiful crafts on sale in the little wooden chalets. I definitely need to go back some day and visit it properly! ;o)

As for the Maastricht Christmas market, well, as I implied above, I wasn't impressed! Located in the large plaza behind the Cathedral, the ambiance didn't feel quite right, and there really wasn't much worth seeing... both the friend I went with and myself were disappointed with it (at least it was close to Liège, just a 20' drive, and it's always nice to get out of town for a few hours).


And that's it for this season's Christmas posts! I've completed the tour of Christmas markets I've visited (well, except for the one in Nancy, France, which was so unimpressive I don't have any photos of it!). I'd really like to make it back to Köln someday for a proper visit (both of the markets and the city), as well as visit the Christmas markets in Trier and Nürnberg and Strasbourg which are supposed to be some of the best!
Posted by CrazyCris at 1:49 PM