Discovering Maria-Theresien Platz in Vienna and its delightful Christmas Village

As I mentioned when I started these posts, I only had one proper day in Vienna (plus the previous evening). Definitely NOT enough to do any serious visiting! I'm not a fan of running around ticking sights off some list to say I've seen "everything", but I also want to make the most of what short time I have when I travel for work! So what to do? Well in this case there were only two "must visit" sights for me: the Hofburg and the Viennese Christmas markets! That and wander the streets to get a feel for the city... A little googling led me to a walking tour map of the city centre, with a route that happened to go by several Christmas markets, perfect!!! I'll post about the Hofburg and other places visited along the route another time, but I didn't have enough time to finish the route: got too side-tracked in the Christmas markets! :p

Starting with the delightful Christmas Village at Maria-Theresien Platz! 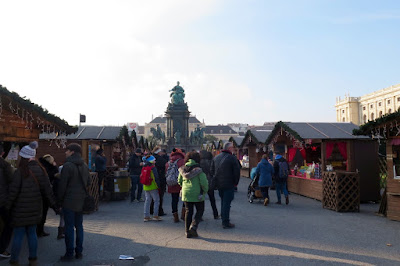 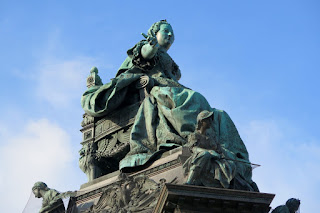 Maria-Theresien Platz is named after the empress Maria Theresa, the only female ruler of the Hapsburg Empire! She inherited the throne from her father (who had to change the rule of succession to allow it) when he died in 1740, and reigned for 40 years (officially she "co-reigned" with first her husband Franz I, and then her son Joseph II). She had a total of 16 (!!!) children, 13 of whom survived infancy. For the rest of the world her most famous child was probably Queen Marie Antoinette (of "let them eat cake" and being beheaded in the French Revolution fame). Anyhow, cutting the history lesson short, Maria Theresa left quite an impression on the Austrian people (and subsequent rulers, all her descendants), with an impressive monument in the Platz bearing her name as a stone testament to her legacy. 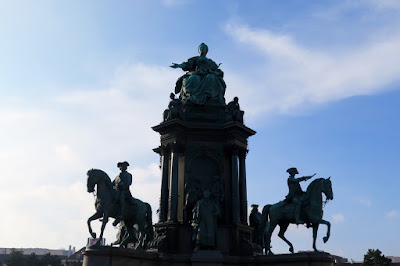 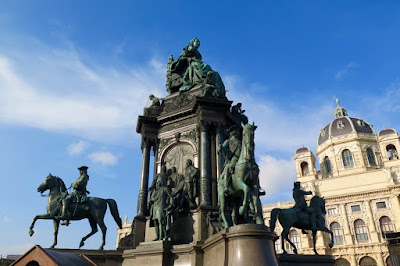 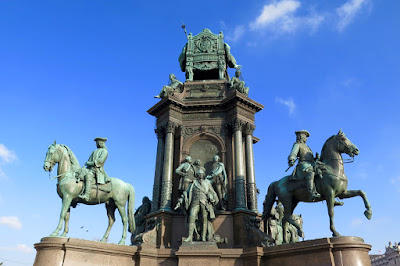 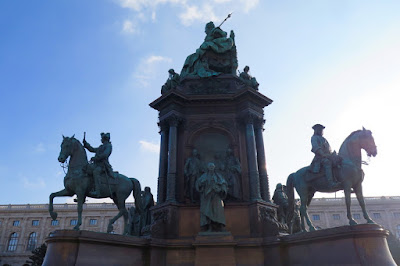 All the figures around the base of the monument represent the men who most had an impact in her life (aside from family) and in Austria during her reign. They include generals (on horseback), trusted advisors, artists and scientists (Gluck, Mozart and Haydn are there!) as well as men responsible for administration and justice in the empire.

On either side of the Platz stand the neoclassical buildings housing the museums of Natural History and Art History (which I will have to visit some other time). The entire complex (Platz, museums, monument) were built under the aegis of Emperor Franz Joseph I.


And in between them? The Christmas Village!!! 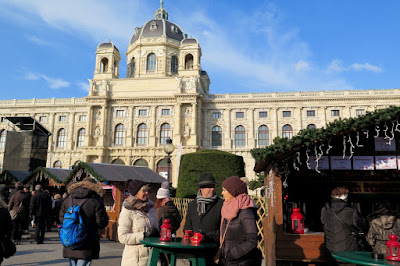 This was just a quick visit as I wanted to get into the Hofburg (just across the way) as soon as possible, and it felt a bit "odd" wandering around a Christmas market in daytime, plus I was still stuffed from brunch so not tempted by the food, even the delicious looking sweet stuff like cookies and candy: 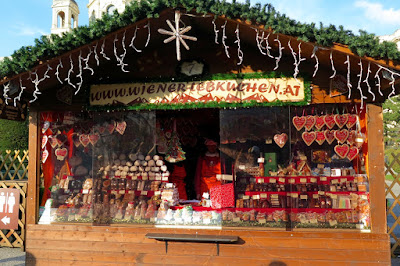 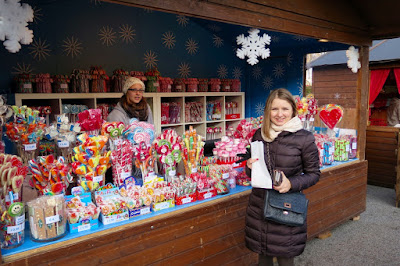 Window-shopping (or log-cabin shopping?) was fun, so many beautiful things to see, so tempting!!! What caught my attention the most were all the Christmas decorations. Modern ceramic work, traditional hand painted glass balls, woodcarvings etc... 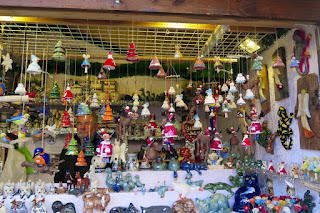 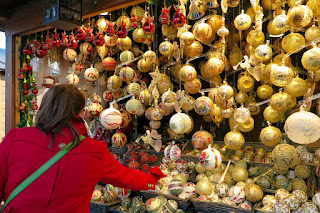 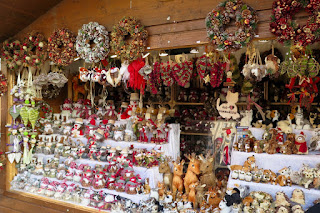 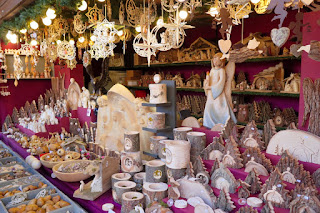 Had I had space in my suitcase (and heading straight home instead of to Berlin for a few days after this) it would have been dangerous for my budget! As it is I caved in and bought one of the Nativities carved out of tree bark (bottom photo) to take home for my collection. ;o)

One fun chalet had me thinking of my sister who's nuts about polar bears! 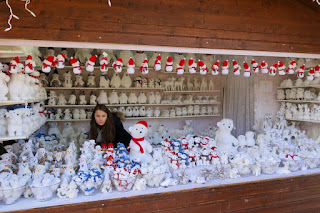 There weren't too many people around (daytime!), but there were groups here and there wandering, or hanging out drinking warm glühwein (or similar alternatives). 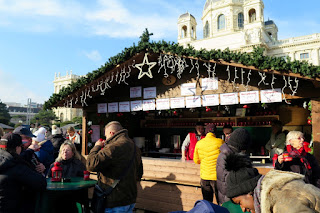 Very tempting! But much too early in the morning for me to start... And since I only take a mug if I've had a drink in the place, I didn't get one from this market! Even though they've got it all thought out for the tourists: a special chalet with different colored mugs so you can buy one without having to drink! (that's cheating imho :p ) 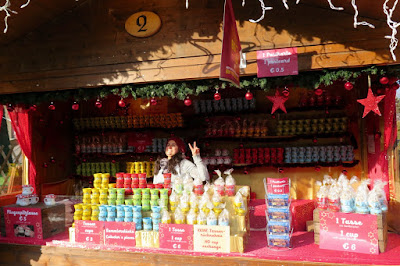 I stopped by briefly for a look on my way back to the hostel in the evening, the place was hopping! 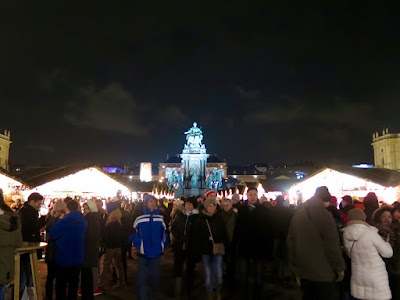 Posted by CrazyCris at 9:29 PM