The Palm Sunday processions are always joyous affairs, since they commemorate the triumphant entrance of Jesus into Jerusalem for Passover. He rode in on a donkey (symbol of peace, as opposed to riding in on a horse, more war-like), and the crowds cheered him while place palms and branches and cloaks on the ground before him.

A couple of days before stalls are set up around town selling the typical white palms which Elche is famous for (they're exported to churches all over the world, and they even send one to the Pope every year!) during the the days preceding Palm Sunday. The first official record of the sale of these palms dates from 1429 (the earliest historical reference to a Palm Sunday celebration in Elche dates back to 1371). 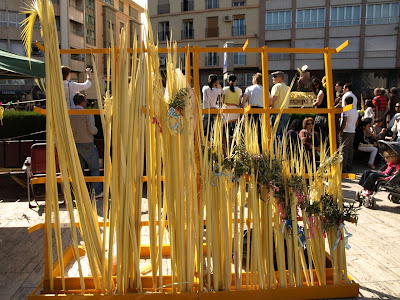 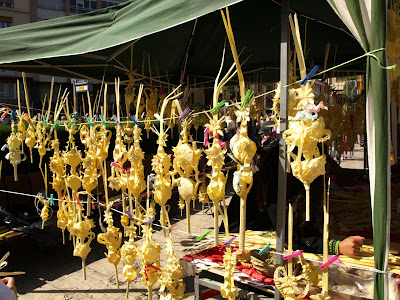 Then on Palm Sunday people start gathering at the site where the procession begins quite a bit in advance, wearing their finest and carrying palms in their hands. These can be simple branches, or decorated with bows and olive branches up to elaborate designs woven with the palm leaves. Some people have bought theirs, other very talented people (not me!) have made theirs! 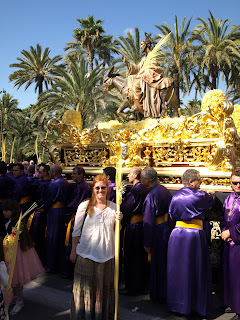 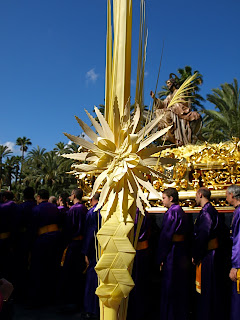 Everyone is waiting for the priest to begin the Blessing of the Palms ceremony which includes a reading of the Gospels, a request for people to remember those less fortunate (this year he called out to the victims in Japan and in the war zones in Libya and other countries) and then the blessing with holy water of the palms. 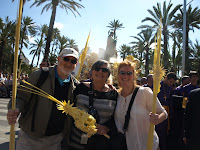 These photos and videos are all from Elche, one of the best cities in the country for the Palm Sunday procession which was officially declared to be of "International Touristic Interest" in 1997. Unfortunately my parents and I arrived a bit late, just in time for the blessing of the palms, but too late for me to go around taking close-up shots of some of the more intricate palms. I was able to catch a few: 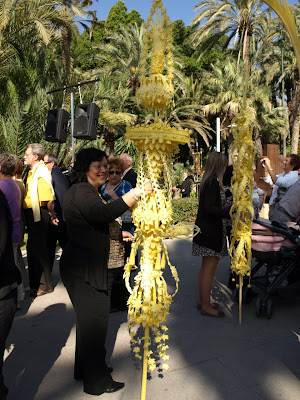 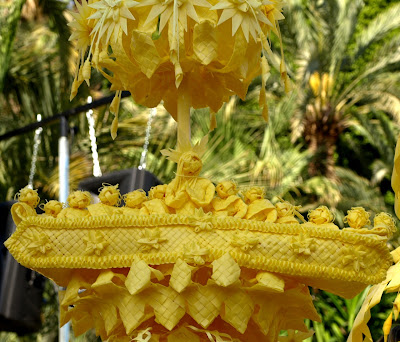 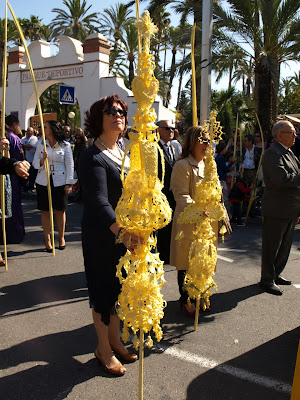 After the blessing we stayed to watch the Procession set off. First of all the "trono" had to be placed into position:


Then everyone else lined up in front or behind it. Members of the different cofradías (there are 31 in the city, with some 8000 members!) grouped in front, 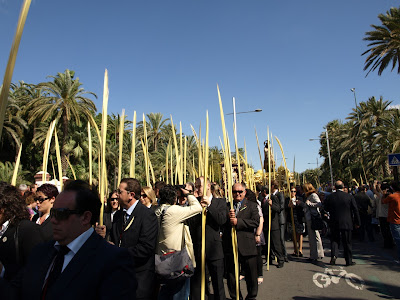 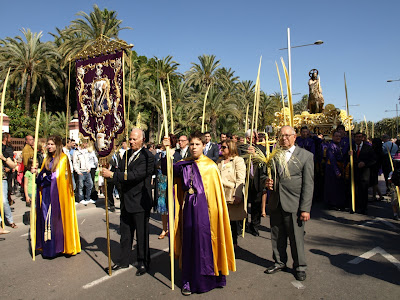 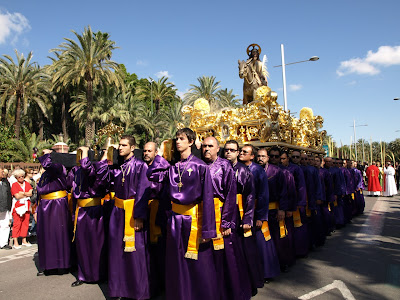 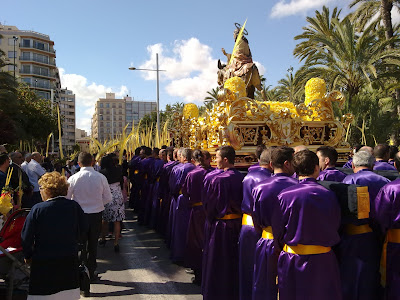 immediately behind this are the priests and city officials 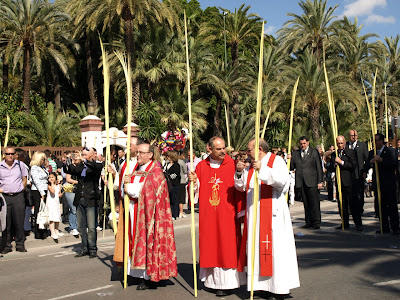 then behind the marching band there are plenty of people from the "general public" who join in to follow the procession to the church. 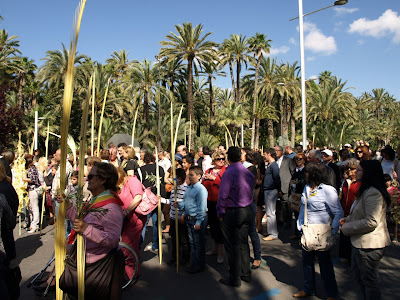 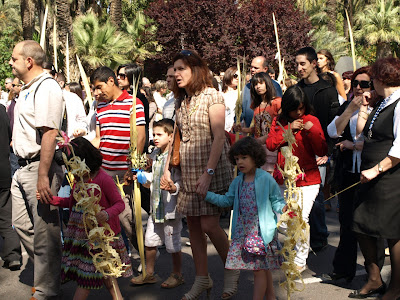 Once everyone's in place and they're ready to go... ding! goes a bell and 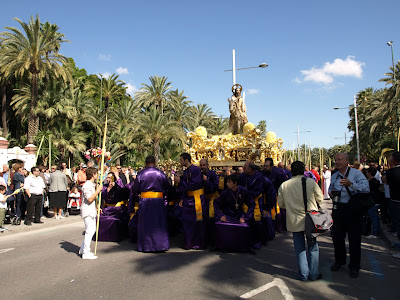 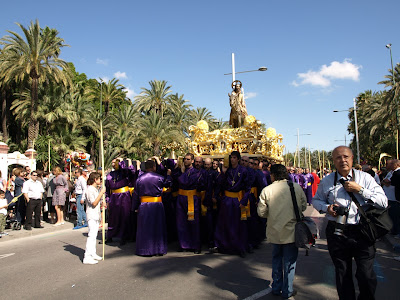 The costaleros lift up the throne and set off:

There will be several stops along the way to the church, it will probably take them a couple of hours to get there. This year we couldn't follow along or run ahead to watch them reach the church like we did last year because my dad and I had bum knees from that cycling adventure the week before. So once the procession rounded the first corner, we headed on back home to Alicante. Where a surprise awaited us that will be the subject of the next post! ;o)

If you want to see some better pictures of gorgeous palms, then check out my post from last year.
How's your Spanish? There's a really interesting video by TVE about a family who participates actively in Palm Sunday in Elche every year: http://www.rtve.es/alacarta/videos/espana-directo/espana-directo-domingo-de-ramos-en-elche/1077412/
Posted by CrazyCris at 8:21 PM